Special to The Bee 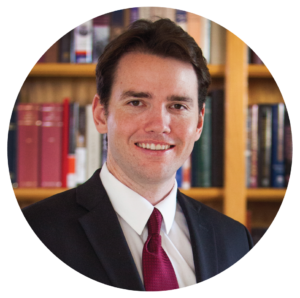 With the reduction of the state and local tax deduction by Congress, many Californians are crying foul. Paying taxes on one’s full income first to Uncle Sam, and then again to Sacramento, has been called double taxation by Senate President Pro Tem Kevin de León and other political leaders.

There is a simple solution to this problem. California should allow taxpayers to deduct their full federal tax liability on their state tax return – the state and local tax deduction (SALT) in reverse. I am introducing a bill – the Prosperous Economy and Payer Protection through Equitable Rates Act (or PEPPER) – to do just that.

For California taxpayers, Assembly Bill 1864 will restore the full benefit of the SALT deduction. It will also ensure virtually no one pays higher taxes as a result of the new federal tax law. Indeed, by bringing fairness to the tax code, the Legislature would assure Californians receive a tax cut from the federal law to the same degree as other Americans.

Perhaps more importantly, the new deduction would begin to repair three of the biggest faults in our broken state government.

First, it would stem the tide of Californians leaving for greener tax pastures. The exodus is hurting California across every dimension: wealth, youth, innovation, diversity and community. Everyone reading this probably has a friend, family member or employer who has left for Idaho, Nevada or other lower tax states. More reasonable tax policy would boost our economy, and ultimately, our state treasury.

Second, it would bring a much needed dose of stability to the California budget. The nonpartisan Legislative Analyst’s Office has repeatedly sounded the alarm about the wild volatility of state revenues, which are at the mercy of the stock market and one-off events. My proposal would reduce volatility, fortifying state finances against the inevitable next recession.

Finally, this reform would strike a blow against special interests, which dominate the state Capitol. These groups relentlessly drive taxes higher so they can lobby for more money. For instance, the California Teachers Association is the state’s biggest spender on political donations and was the largest contributor to the last campaign to increase the state income tax.

The objection, of course, is that this proposal would at least initially reduce revenues, likely bringing the budget to where it was three years ago. But there is strikingly little evidence that spending increases in recent years have meaningfully advanced any public interest, such as student achievement or better health. In any case, the majority party can hardly complain about budget effects with a straight face, having last year passed a bill in the Senate that would put a $400 billion hole in the budget.

Federal tax reform has presented California with a unique opportunity. We should not waste it on the same gimmicks and budget tricks that have fueled our state’s decline. Instead, we should seize this opportunity with a blueprint for fiscal stability that will renew the California dream for the next generation.