Recall Gavin Newsom Lead Proponent Orrin Heatlie will be the EDC GOP’s guest speaker at their monthly meeting, which is scheduled for Monday (06/14) at 6:30 p.m. Public is always welcome to attend. The meeting will be held at Park Community Church located at 3901 Wild Chaparral Drive in Shingle Springs. For more information, please call EDC GOP Chairman Todd White at (530) 417-0807 or EDC GOP Executive Director Terry Gherardi at (916) 410-6119. 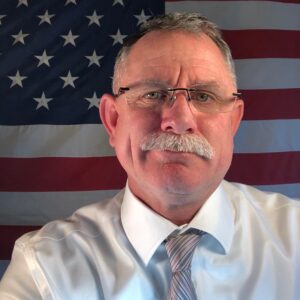 Orrin was born and raised in Folsom, where he and his family still reside today. The first years of his professional life were spent helping manage a small family business. In 1991 he left the business to pursue a career in Law Enforcement.

Orrin recently retired after serving 25 years as Sergeant with the Yolo County Sheriff’s Office. During his career, he played an instrumental role in the management of nearly every team and division within the department. Most notably, he was a founding member and lead Negotiator in charge of the department Crisis Response and Hostage Negotiations Team. Orrin also took special interest in mental health awareness and suicide prevention.

Beyond his primary assignment as Patrol Sergeant, Orrin led a variety of other successful programs within the department and was recognized as Manager of the year. He served as a firearms instructor, a less lethal weapons instructor and led the department Field Training Program. Orrin volunteered to instruct a state sponsored program to prevent racial profiling to help bridge the cultural divide and promote harmony between law enforcement and minority cultures.

Orrin’s diverse supervisory background and his experience in public service has given him a broad set of skills. One of his strongest attributes is his ability to communicate, organize and coordinate. He is a strong leader, with solid core values and the drive to get the job done.

As the lead proponent of this recall, he sees the urgent need for people to send a strong message to those who govern! “They must be held accountable to the people they serve and this rogue Governor has lost sight of that and must be recalled!”